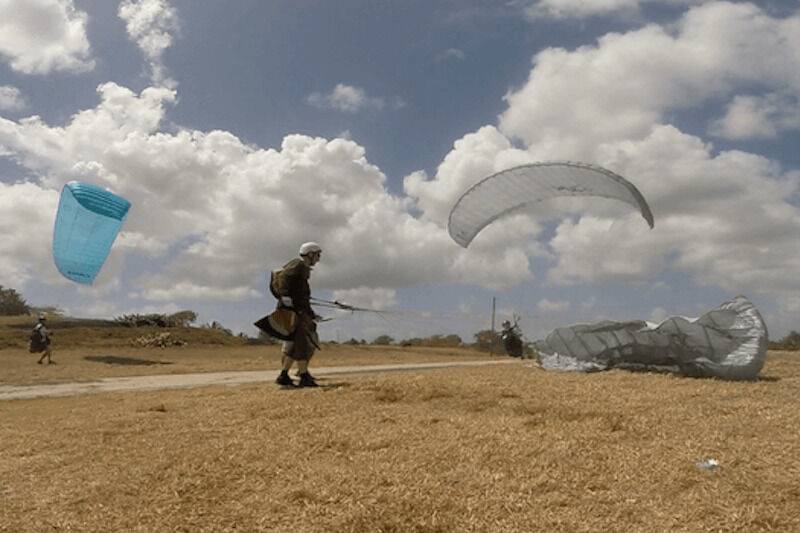 The seduction following your baptism of the air operated, you had thought of it in metropolis and for lack of time, you did not go further. Or you are metropolitan and never fly in dynamic ... The solution: from mid-October to end of April each year, 5 sessions of 3 hours, non-contractual objective: make your first solo flight of 30 minutes, with re-pose at takeoff or on the beach ... Or more humbly, do the same thing in "double-drive" as a pilot! It will depend on you & your regularity. And why not, then, to continue on the Progression formula, 10 sessions of 3 hours.

Sam SPERBER, founding director of A2L-Parapente, is the ONLY instructor in France to have received the authorization to work alone in an internship (from the beginning) with regard to an exemplary Labellisation dossier, one of the rare BEES 2º in France practicing since 1987. It is part of the closed circle of practitioners regularly, in professional, the 3 major techniques of Paragliding: THERMAL FLIGHT, DYNAMIC FLIGHT & SKI FLIGHT. Vice-Champion of France 2017 Vol & Ski, recent member of the France Team Precision Paragliding, 3rd at the 2017 French Championship, participation in the Chp of the World in Albania, then Chp of Europe in Slovenia. 9 National Vol & Ski titles, bi and solo, from 2002 to 2010.

The teaching is improving ... and you too!

Internship as part of the EFVL progression going from the White level to the Orange level: to be able to realize its 1st great flight in calm conditions and under radio supervision of the management.

Technical Face Sailing, take off in the wind and top landing will be on the menu.